Are you looking for Secret Places in London to visit? Then read on to discover our favorite hidden gems in London. London’s famous attractions bring people from all over the world. No matter what time of year it is you will see tourists in front of Buckingham Palace, The Tower of London and Madame Tussauds. Most Londoners never visit these places, they prefer to visit secret spots in London that most travelers have never heard of.

We are the same, in the 20 years we have lived here we can honestly say that we have hardly visited the major attractions, preferring to see the hidden gems that London has to offer. Below are some of the best secret places in London. Just don’t tell anyone about them.

The Seven Noses of Soho

If you are wandering around Soho looking for a place to eat or drink have a look up. On some streets, you will see a nose protruding from the building. These noses are an art installation created by the artist Rick Buckley. They are plaster of Paris reproductions of his nose. He created them in protest of the amount of CCTV cameras put up in London.

Number 10 Adam Street, Near The Strand

If you really want to impress your friends back home why not take a selfie in front of Number 10 Downing street? Of course, you can’t actually do that but Number 10 Adam Street is your next best thing and most people won’t be able to tell the difference.

If you love finding hidden gems, then check out our post on our favourite secrets bars in London.

If you fancy watching some fantastic music or theatre set in one of the world’s oldest music halls then Wilton’s Music Hall is the place for you. This 19th-century venue reopened in 2004 and has been packed out ever since.

Just up the road from Wapping is Shoreditch another very cool part of London. Check out these 23 things to do in Shoreditch to really discover the area.

If you love amazing cupcakes and want to eat them in one of London’s most instagrammable places then you must visit Peggy Porschen. The parlour opened in 2010 and since then Peggy has made cakes for the likes of Kate Moss, Elton John and Madonna.

The Hidden Ears of Covent Garden

If Soho has its hidden noses then Covent Garden has its Hidden Ears. Just like the noses in Soho these hidden ears are created by an artist. Tim Fishlock made casts of his own ears but nobody really knows why?

Both Londoners and visitors love Hyde Park. This huge green space in the centre of the city is busy in all four seasons, but did you know that Hyde Park has a pet cemetery? Hyde Park’s Pet Cemetery was started in 1881 by the gatekeeper at Victoria Lodge, a Mr Winbridge, who started burying dogs in the lodge’s garden. Apparently, the first dog to be buried there was a Maltese terrier called Cherry. It then became fashionable for London’s wealthy to bury their pets in Hyde Park, hence the cemetery.

Check out other green spaces in London below to search:

The Best Parks In North London

When you think of windmills Holland instantly comes to mind. Would you be surprised if I told you that there was a windmill in Brixton London? It was built in 1816 and was used as a working windmill until 1862. Then it went into disrepair until a campaign to restore the mill started at the start of the Millennium. The windmill was officially reopened in 2011. Now you can tour this unique structure on most weekends.

The Literary Graves at Bunhill Fields, The City, EC1

Bunhill Fields is a former burial ground in Islington, North London. It is now a public garden and community space. The site was used as a burial ground from 1665 until 1854. 3 famous authors are buried there; John Bunyan, William Blake and Daniel Defoe. So if you want to see where the man who wrote Robinson Crusoe is buried then pop along to this peaceful garden.

Kings Cross has changed dramatically in the 20 years I have been in London. From a slightly dodgy area to a thriving entertainment hub it is a place on the move. But did you know there is a two-acre haven right in the heart of Kings Cross? Neither did we! This nature reserve is run by the London wildlife trust and is a haven for birds, butterflies and bats. Head there now for some r&r.

We all know Trafalgar Square, with Nelson looking down on us and the National Gallery on one end it is a popular spot for tourists and locals alike. Did you know that Britain’s smallest police station is also in Trafalgar Square? Located in the South East Corner apparently, this tiny box can accommodate up to two prisoners at a time, although its main purpose was to hold a single police officer…think of it as a 1920’s CCTV camera! It was built in 1926 so the police can keep an eye on demonstrators. Today the box is no longer used by the Police and is instead used as a broom cupboard for Westminster Council cleaners!

I knew about this place because I used to live around the corner from it but you would be surprised how many people pass it not knowing it’s importance. This is the place where the original Liberty Bell was produced as well as the world-famous Big Ben (which is the bell not that the clock tower). They have been creating bells here since the 1500’s so make sure you pay your respects next time you visit Whitechapel.

If you thought visiting a sewage station would be crap (pun intended) then you would be wrong. Built by Sir Joseph Bazalgette for London’s sewage system and opened in 1865, Crossness Pumping Station is a Grade 1 Listed building and features some of the most spectacular ornamental Victorian cast ironwork found in the world today. Just look at the image above, who would have thought a pumping station could look so beautiful?

We recently discovered this place and was wowed by it. The Barbican Conservatory is a tropical oasis right in the heart of The City. Home to exotic fish and over 2,000 species of tropical plants and trees, a visit to the conservatory is a great way to reconnect to nature without leaving London.

How to describe Gods Own Junkyard? A psychedelic paradise of neon lights and vintage signs? A Bakery? A shop? Well, it’s all of the above. Trust me this place will keep you entertained for hours. I never realised how much I loved neon until I came here.

If you have passed through Waterloo you have probably passed this world-famous tunnel without knowing it was there. It became famous when Banksy curated the Cans festival here in 2008. Since then graffiti artists from all over the world have come to the tunnel to leave their mark. Get here early for your Instagram shots!

Soho is a rabbit warren full of surprises. No matter how many times you visit there are always things you discover. Like Lights of Soho. This social enterprise is a gallery, culture hub, members club, and bar. Their mission is to support artists and creatives and to keep some of the original Soho vibes alive. Visit them today to help them achieve it.

As you can see, London is full of secret places that you can visit. This is only a snapshot of what is on offer. We are still discovering more hidden places in London. As soon as we find them, we will add them here.

Do you know of some other hidden gems in London? Please let us know and we will include it.

Are you heading to London? Then check out our other London posts:

*Some images are from the Creative Commons 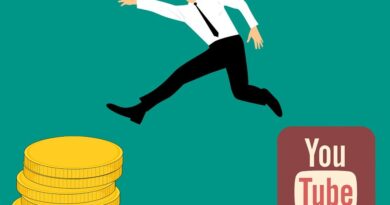 How to Take Your YouTube Marketing to the Next Level 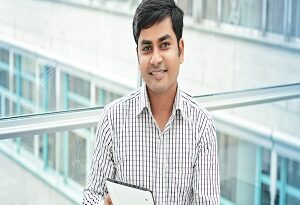 Mumbai Man Makes Rs.189,060/Month From Home And You Won’t Believe How He Does It! 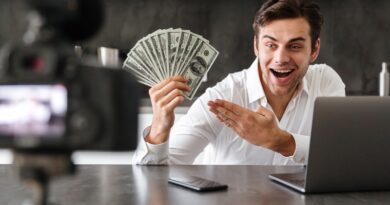